We take an afternoon off tour guiding and take our bikes into Edinburgh to join in on the long awaited Pedal on Parliament 2013, to promote safer cycling.

Three thousand cyclists with the help of guest speaker Graham Obree and bereaved family members of cyclists killed on Scottish roads, took part in a peaceful protest on the parliament, campaining for lower speed limits and more money to be used from the transport budget on better cycle routes.

The event started at the Meadows with a minute silence for those that had lost their lives on the roads, before taking to the streets with the tinckling of bells and heading for parliament. The eight point manifesto was read out then handed to politicians.. lets hope they listen and improvements are made soon!!

Today, I spent the best coldest wettest day in May, guided by a cycling expert, though some of the most picturesque sites in Edinburgh. Johann was incredibly knowledgeable about the... read more sites and the history of Edinburgh. He was patient with me as I relearned how...More 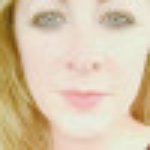 Hot off the Press!!!
Scroll to top