Edinburgh and most of Scotland has been blessed with glorious sunshine, pretty much every day for the past two weeks and things have began to step up a gear or two for the Tartan Bicycle Company…

Visit Scotland (the national tourism organisation) have agreed for us to put a web listing on their site, which should be happening in the coming weeks. In addition to this, we will start to display our leaflets in the main Tourist Information center at Edinburgh’s Waverley train station and we will put an advert in next years brochure. We’ve also been introducing ourselves to good quality eateries along our routes like Cramond Falls Cafe and B & B and Rankins Cafe in North Queensferry. Aside from all of this, Betty, the 67 year old T.B.C promotional bike, has been drawing plenty attention and enticing a few punters on the Royal Mile.

Furthermore we’ve been involved in the Samworth Brothers Charity Challenge, taking on the role of bike mechanic. Starting at Ross Priory on the banks of Loch Lomond, the adventure race includes a 15km walk up Ben Lomond, 10km canoe on Loch Lomond and a 45km cycle in the hills around the Loch. There were 320 competitors competing this year over two weekends, with the same amount of bikes to be checked over and fixed before and during each race.

Last Saturday brought the Leith Gala Day and it was an absolutely stunning day. We joined the CTC (Cycle Touring Charity) at Leith Links to help promote Belles on Bikes, an initiative which aims to introduce cycling to women. We brought our electric bikes along for the ladies and gents to have a play on, which went down a storm.

If you love being outside, breathing fresh air, and getting some great exercise while experiencing the beauty of Edinburgh, then this tour is for you! Almost all of the riding... read more is off-street on bike paths, weaving through parks, up small hills with amazing views, down...More 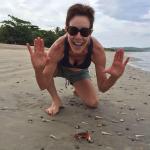